Manspreading- is it really that big (a deal)?

At 30 odd years of age I can finally say I have experienced manspreading. Oh, don’t get me wrong, I’d heard all about it, seen it in movies and, hey, who hasn’t seen the memes doing the rounds 😂.

But I had yet to experience it first hand…that was until last week, OMG even I was impressed! (And not in a good way 😂)

The thing is, at first I didn’t really notice. I was sitting in a row of chairs with my legs crossed. Neatly contained in my own little square of allocated seat pad, quietly keeping my self (and my limbs) to myself when I sensed, rather than felt, someone slowly encroaching on my personal space.

Unfortunately for me, he was in my blind spot (literally) and by the time I figured out what was going on it was too late. He had manspread to such epic proportions it was as if he was practicing the splits!

I was equally impressed and outraged.

To make things worse, he was completely oblivious to my passive-aggressive side glances, exaggerated bum shuffling and leg crossing and uncrossing.

Seriously. It was like a bad comedy. In the end up I gave up trying to take back what was rightfully mine (my leg room!), sat my ground and seethed. (I mean, I’m not one to make a scene.. I’ll just publicly blog about it instead 🤷🏼‍♀️)

Now, don’t get me wrong, I know there’s proper scientific and physiological reasons men (#notallmen) feel the need to manspread, for example *ahem* anatomical differences, but seriously, its really not nice. Even Madrid has l made it illegal on public transport so it’s obviously up there on the annoyance scale for many people!

So guys. Just a heads up; If you need to spread out for comfort reasons or due to some innate need to assert your authority and dominance, by all means go ahead. But for goodness sake give a thought to the poor sod sitting beside you who’s extremely uncomfortable and more than likely texting her friends and giving off

If you’ve the victim of manspreading or have any idea of how to cure this growing issue, please feel free to leave a comment below. 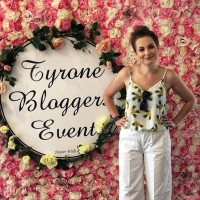 Amanda
(Not) Just another lifestyle blogger, Questionable adult, Mum of one, Tea addict, Owner of 3 kidney, An extra pancreas, A honours degree and a cat...

Animated breathing techniques to help with anxiety
May 14, 2019

This bothers me too. Not all men do this so being a “man” should never be an excuse. 😅